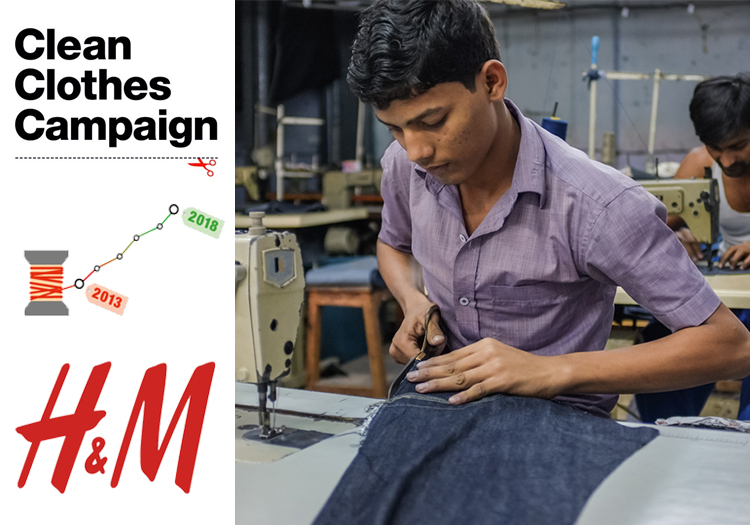 AMSTERDAM – Following the release of H&M’s 2017 Sustainability Report, Clean Clothes Campaign (CCC) has accused the Swedish fashion retailer of attempting to ‘cover up its unfulfilled commitment’ to implement a living wage for its employees.

The NGO says it was compelled to strongly refute the self-congratulatory statements made by H&M regarding its commitments to ethical employment and the implementation of the living wage in its supply chain.

The original pledge was made by the company in 2013. This was reported by Ecotextile News in an article which contains a link to a document outlining the firm’s commitment to a ‘fair living wage’; this file has subsequently been removed from the fashion brand’s website.

In response, a spokesperson for H&M has told us that contrary to claims made by Clean Clothes Campaign, “the size and reach of our ambition is the same as in 2013 when we launched the strategy.”