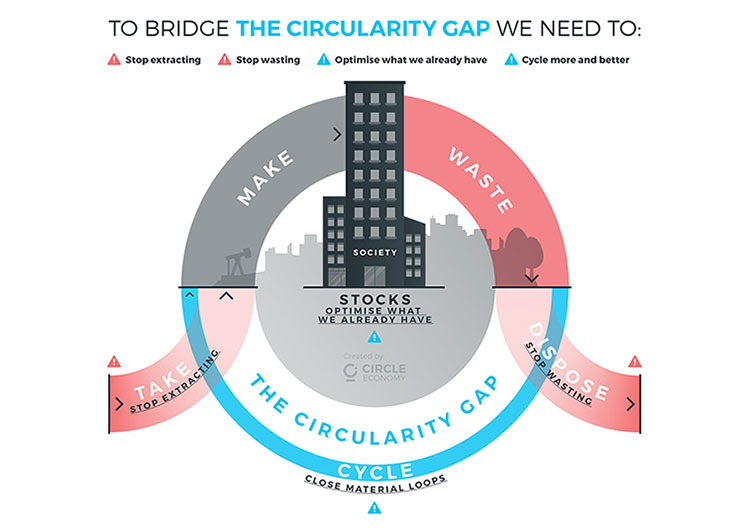 AMSTERDAM – Dutch social enterprise, Circle Economy has announced several new members of its initiative to promote circularity in the textile industry. These include brands such as The North Face and Timberland, along with global fashion and textile firm, VF Corporation.

This follows the release of the organisation’s Circularity Gap Report, which claims the world is only 9.1 per cent circular, along with suggesting that the practices of a linear economy are failing both people and the planet.