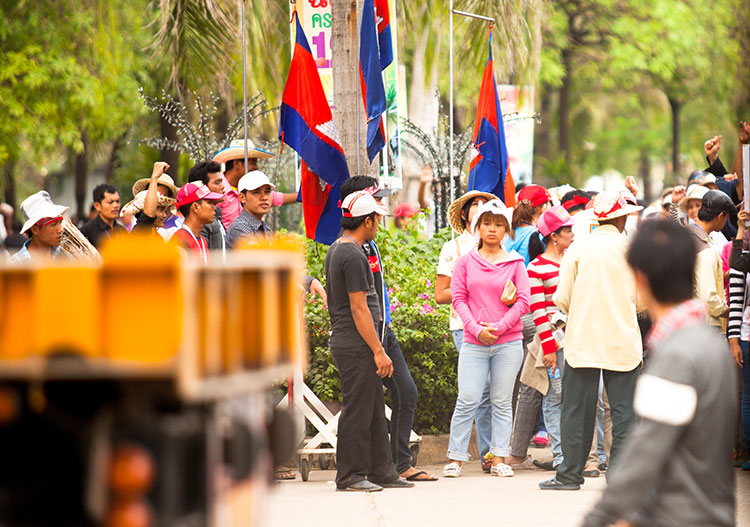 PHNOM PENH – Over 500 garment workers have held a demonstration in protest at the alleged withholding of annual bonuses by their employer. The payments, which should have been made to textile workers between 2010 and 2017, remain outstanding according to local press reports.

The Cambodian textile industry has become increasingly volatile in recent weeks, with action groups calling for global buyers not to boycott the nation’s ready-made garment (RMG) sector because of political turmoil in the country as a whole.