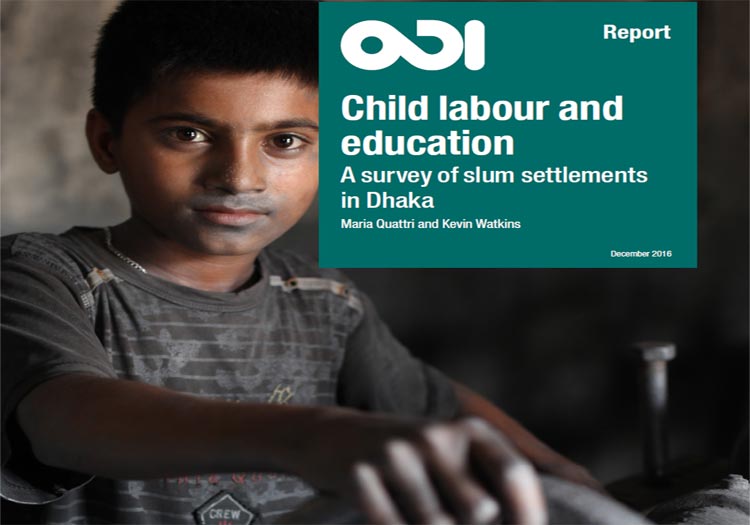 LONDON - A major research report by a UK think-tank found that one-third of children living in the slums of Bangladesh's capital spend more than 60 hours a week making clothes for the garment sector, significantly beyond the legal working limit. "In these slums, child labour is rife," says the report, believed to be the largest survey of its type with a distinctive focus on child labour and education in Bangladesh.