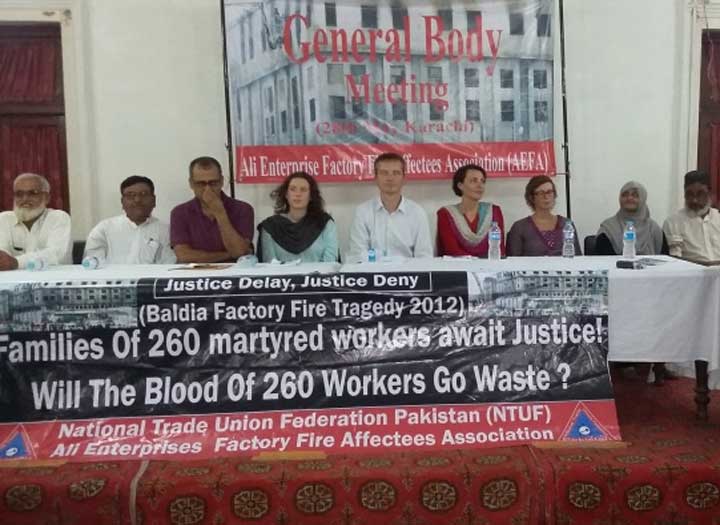 KARACHI - Renewed compensation talks have been held between workers and families affected by the Ali Enterprises textile factory fire, which killed 254 workers in 2012, and the International Labour Organisation (ILO) which has now taken on the role of coordinating compensation for the victims. The Meeting of the Ali Enterprises Affectees Association was attended by families affected by the tragedy, legal experts and representatives from Industriall affiliate NTUF, ECCHR, and the Clean Clothes Campaign (CCC). The meeting acknowledged ongoing efforts by the government of Germany, as well as trade unions, in attempting to persuade the German discount retailer – KiK - to resume talks, and passed a resolution to make living wages the basis for calculating compensation.