US government flouts own sourcing rules 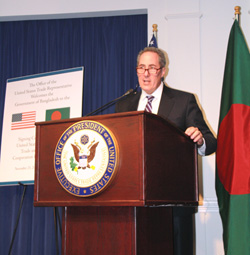 WASHINGTON – Despite calls from the Obama administration for Western buyers to use their ‘purchasing power’ to push for improved working conditions in the garment industry, the United States government continues to spend more than US$1.5 billion a year on apparel for government workers including federal agencies, airport security, forest rangers and the military, at overseas factories which demonstrate poor working conditions and health and safety violations, according to an investigative report from The New York Times.
Log in or subscribe to see this content
Why Subscribe?