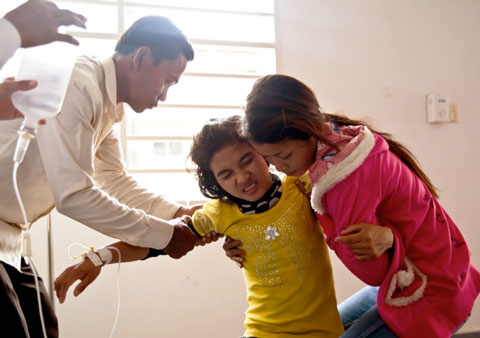 PHNOM-PENH – A quarter of Cambodian factory garment workers making clothing for top western brands are so underweight they would be classified as anorexic were they diagnosed in the UK. That’s one of the startling findings of a new report, which gathered on the ground data on Cambodian garment workers from October 2012 to June 2013.