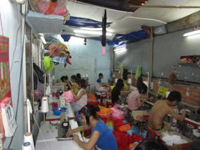 VIETNAM – More than a quarter of child trafficking victims helped by the Blue Dragon Children’s Foundation this year were rescued from garment factories in the country’s industrial centre Ho Chi Minh City, according to the charity’s co-founder Michael Brosowski.
Log in or subscribe to see this content
Why Subscribe?