USA – Outdoor-wear retailer Timberland has been praised for its efforts at combating child and forced labour in its apparel supply chain, whilst Lacoste was shamed, in a new report published by Free2Work. 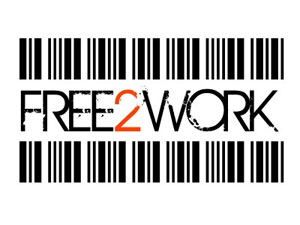 ‘Apparel Industry Trends: From Farm to Factory’ ranked over 300 apparel brands, including American Eagle, Disney, Fruit of the Loom and Puma, on their efforts to address child and forced labour, based on publicly available information and data self-reported by the company. The brands were given A-F grades in four categories.

‘Policies’ focused on a company’s, purchasing, sourcing and sub-contracted policies and codes of conduct. Their involvement with organisations who aim to combat child and forced labour was also analysed.

'Traceability and Transparency' measured how the brand understands its own supply chain and whether it discloses critical information to the public.

The report commented: “We hold that child labour and forced labour are far less likely in supply chains that are highly visible to companies, and where workers have a voice to negotiate working conditions and speak out against grievances. “

'Monitoring & Training' looked at the adequacy of the companies’ monitoring programme to address labour issues and what employee training was available.

'Worker Rights' measured to what degree the brand supports worker wellbeing by ensuring that workers are able to claim their rights at work and whether they earn a living wage.

Timberland were rated as winners in all 4 categories and scored an overall A grade, whilst only company assessed, Alta Gracia, provided a living wage to workers at the cut-trim-make level. Sportswear retailer Lacoste was one of the lowest ranked brands in every category.

Results highlighted that most common Policies grade awarded was an A, whilst the most common Worker Rights grade was an F.

The Free2Work report, a project by human trafficking and slavery campaign groups Not For Sale and SweatFree Communities, was released in Turkey at the United Nations General Assembly on ‘Human Trafficking & Global Supply Chains.’

‘Apparel Industry Trends: From Farm to Factory’ also highlighted any active public campaign concerning labour or slavery rights, such as the condemned independent fire safety programme by Gap ,as reported by CSR Textile. Despite this, Gap scored a B grade in the training and monitoring category.

Hayley Wrinkle, author of the report and senior researcher at Free2Work said: “We hope that companies will respond by reporting more transparently and engineering better paths forward.”

The full report is available to view online here.